A Friendship Story - Buying Land at 19 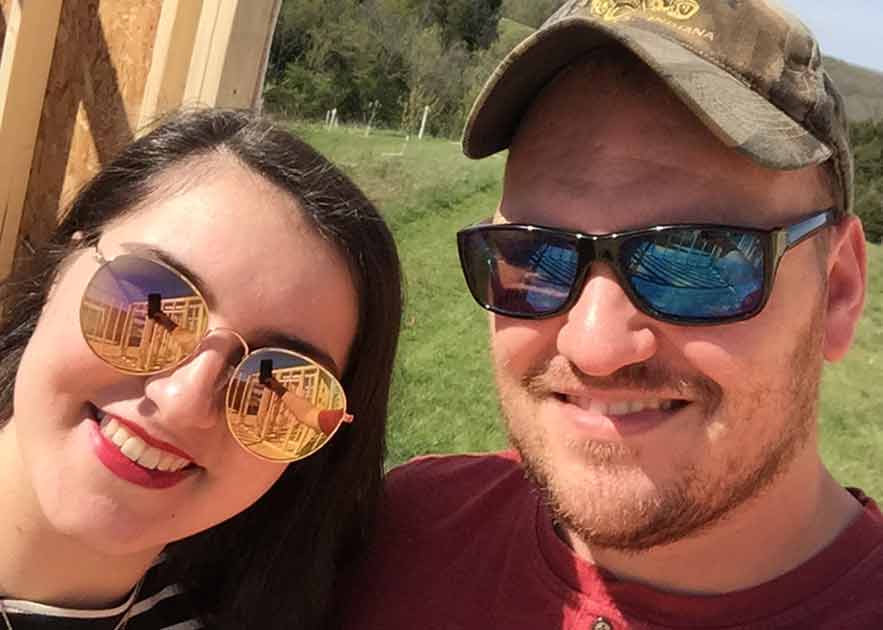 Buying land doesn’t make the short-term goal list for many high school students, but it did for Trey Grubbs. It trumped fast cars, ATVs, and a traditional post-high school education. And at age 19, Trey checked that goal off his list when he invested in 10 acres of undeveloped land in Southeastern Indiana.
The dream began in a high school economics class following a presentation on investments. Trey asked what the presenter thought about purchasing land as an investment? She confirmed that land almost always offered a good return. He started researching, reading, and plotting how to make this a reality.
In the meantime, Trey had no idea what he wanted to do after high school. It was suggested he try the Certified Nursing Assistant program at Ivy Tech. He loved it and decided to pursue nursing. Due to the competitive nature of nursing school and wanting to pay for school as he went, he decided to take two years off after his CNA certification.
His dream to invest in land only grew stronger and he saw opportunities within reach. He consulted with the chief lending officer at The Friendship State Bank where his mom, Amy Fryman, also worked as a lender. He learned what would be required to secure financing including needing a co-signer due to his age. He laid out the plan for his mom who laughed at first. Trey admits he was skeptical himself but didn’t give up. His mom finally agreed that if he could save the 20% down payment, then she would co-sign.

His passion led to discipline, working 80 hours a week at Kroger and a local nursing home. Every penny went towards that down payment savings. One year later, at age 19, he shocked his mom, and had the necessary 20% down payment.

He found 10 acres he believed would be a good investment. While his mom may have been skeptical, Trey said she was the one who prepared him for this venture. She was transparent with her finances and taught him the value of budgeting and savings. She also knew the importance of a solid credit score and helped him establish credit early.
Fryman helped her son establish credit by taking out a savings account loan with him as the primary borrower. Second, she added him to her credit card account as a signor. He was never given a credit card or access to the account, but because she used and paid her card responsibly, she passed her strong credit on to him.
Trey's good credit and full down payment landed him the final financing for his property. Still, he was nervous signing for the loan. He had budgeted his finances and knew he could make the monthly payment even while attending college, but the “what ifs” played in his head. He relaxed once he set up the payment to automatically transfer monthly from his account.
“Before I knew it, the loan was half paid off,” Trey said. “Each year I added $10 more to the monthly payment. Every little bit helps.”
Trey pursued his nursing degree and was accepted into Cincinnati’s Good Sam Hospital nursing program. He worked at St. Elizabeth Hospital throughout his schooling and continued to live at home and pay down the land loan that he intended to sell for a profit.
Trey graduated from Good Sam and began his nursing career. His plot of land became an escape where he went to fish, hunt, and relax. He realized that letting it go would be difficult. So, when the value of the property doubled in 2019, he decided to build a home there. He began the construction process at age 27 and because he held equity in the land he had paid down, he was not required to have the traditional 20% down payment for financing.
Trey understands that the path he took is not for every young person, but gaining financial wisdom should be. Today he sees many of his peers struggle because they are now ready to buy a home, but have poor credit, or they have spent their disposable income rather than saving.

“It can be a weird concept to a young person to live within your means and to save,” said Trey. “My friends thought I was cheap, but I was just intentional about budgeting and making sure my bills were paid. I would still have fun, but I would budget for it. I may not have done something weekly, but I would put a small amount aside every paycheck so I could go on a trip or to a concert with a friend.”

Trey said financial management doesn’t have to be scary; it just requires education. Bankers are a great resource to learn from and grow skills that parents, or caretakers, were unable to share.
Trey and his girlfriend Ria are now settled into their home. They enjoy a scenic rural view with a rolling landscape from the living room. And while life is not without challenges, they know their financial life is manageable. 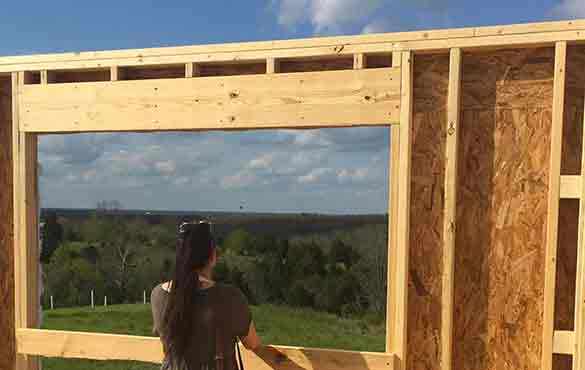 Save For Your Down Payment

Does saving for a traditional home or land down payment seem out of reach? Take a moment to determine what you will need to save. Open a savings account and consider these ideas to get started, gain momentum, and save big money long term. Read Article
Ready to purchase a home or property? Find a mortgage that fits you.  Apply Now
Read more on our accessibility statement